In a story from Fox News, a new study may be able predict disabilities later in life for teens who frequently smoke marijuana. The Swedish study examined males who smoked marijuana when they were 18-years-old. The results indicated that those who heavily smoked marijuana at age 18 were more likely to end up as recipients of government disability by age 59. 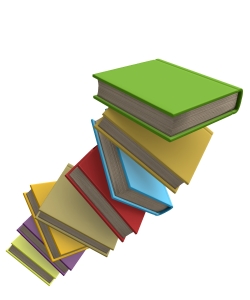 The article goes on to note that the study used answers to questions about how often draftees used marijuana when entering military service. In Sweden, every male is required to join the military at age 18 if physically able to serve, so 98 percent of all 18-year-old males were asked these questions. The study took people from the military questionnaires who were drafted between 1969 and 1970, and then looked at the nation’s disability insurance records to see how many of these individuals where disabled in later in life.

The article notes that there is no way to prove whether marijuana use caused the disability or if people who smoked large amounts of marijuana in their teens were already predisposed to becoming disabled later in life. The study also did not account for other social and psychological issues with the heavy pot users.

The reason the government is interested is, with marijuana use growing exponentially in recent years due to a belief that there is not a lot of risk associated with the drug, a correlation that leads to more people receiving disability benefits would be very costly to the system.

As your Boston disability insurance lawyer understands, the U.S. Social Security Administration (SSA) makes it very difficult for claimants to prove that they are disabled without the assistance of an attorney who regularly handles these cases.

To qualify for Social Security Disability Insurance (SSDI) benefits, a claimant must file an initial application with the SSA. In the vast majority of cases, the initial application is denied. The applicant can then appeal this denial. The next step in the process is a peer review of the denial. This means that someone else at the SSA office in which you filed your application will review their co-worker’s decision to determine if the denial was appropriate. As you can imagine, this appeal is normally denied as well.

After being denied on the initial application, and a second denial, the claimant can then file for a hearing before an administrative law judge (ALJ). Do not be fooled into thinking that this is an independent hearing officer. This ALJ is employed by the SSA and will likely deny your SSDI application after hearing from a vocational expert and a doctor hired by the SSA. The best way to be successfully awarded disability benefits from the ALJ is for your attorney to present evidence that establishes the disability beyond the necessary standard of proof. While it is never guaranteed that the ALJ will find a claimant disabled, the ALJ knows that if he or she does have a logical basis for denying a claim, the decision will be subject to being reversed by the U.S. District Court after an appeal. No ALJ wants to be reversed by a higher court.