According to a recent news article from Mother Jones, the United States Affordable Care ACT (ACA), more commonly referred to as Obamacare, may be able to offer assistance to those struggling with the Social Security Disability Insurance (SSDI) benefits application process. 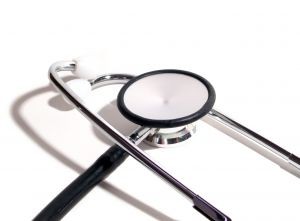 One man interviewed for the news feature was diagnosed with a very rare medical condition that was also very expensive to treat.   He had just lost his job and knew that it was not worth looking for another one, because, with his medical condition, he would not be able work enough hours at a low paying job to come anywhere close to being able to support himself. Instead, he decided it would be better to apply for Social Security Disability Insurance benefits.

He described the process as long and complicated, and it required multiple visits to doctors for tests and written opinions. Once he finally was awarded Social Security Disability Benefits, things started to get a little better. He also had some improvement with regard to his medical condition and wanted to return to work at least part time. However, he was told that if he earned more than $1,000 in a month, he would lose the disability benefits, as well as access to his much needed medical benefits. The problem was the SSDI benefits were only $1,200, and it was very difficult if not impossible to live off that amount, and he wanted to supplement his benefits income with part-time work.

At this point, he decided to stay at his parents’ house to save money and make it easier to live off his Social Security Disability Insurance benefits. He was constantly worried about earning too much and having his benefits canceled, even though “too much” still put him around the federal poverty guidelines.   Boston Social Security Disability Insurance benefits attorneys know this as the “cash cliff.”

This concept of the cash cliff has created a major disincentive for Americans with disabilities to try to reenter the workforce. Despite what politicians like to claim on television and in campaign speeches, many claimants would love to go back to work, but they are placed in a difficult position, due to the fact they are penalized for trying to work part time.

The last thing this claimant wanted was to fall off the cash cliff, so he looked for other options. One option was to sign up for Obamacare. This would allow him to get all or most of medical needs taken care of without having to worry about losing his disability benefits. There was also a way for claimant to work for a decent wage, and disclaim all benefits offered at the job, so as not to go over the cash cliff that would have had a negative impact on his benefits. He was still making a very modest income with all sources combined, but he was able to support himself and have his medical needs taken care of at the same time.

It should be noted that every situation is different, and you should speak with an experienced disability attorney before make any decisions.