Reece v. Colvin, involved a claimant who was born in 1980.  She did not graduate from high school, but she did obtain a GED.  She had only worked one job in her lifetime, which was assisting her husband at his turtle farm.  At the age of 29, she filed an application for Supplemental Security Income (SSI) with the United States Social Security Administration (SSA).  The SSA is the federal agency that oversees the Social Security Disability Insurance (SSDI) program, the SSI program, and the Old Age and Retirement benefits program.  SSI is generally for disabled children, blind people, disabled elderly persons and those who have not worked enough to have paid in the system to make them eligible for SSDI benefits. 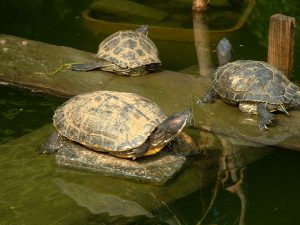 Her basis for filing a claim was that she could not work due to severe osteoarthritis, lumbago, a genetic spine disorder, stomach pain deemed chronic, and breathing issues. She submitted her application along with supported medical documentation, as the SSA requires.  Her documentation included records for her doctor who had treated her for pain for the year prior to her filing for disability benefits.

When you file a claim for Social Security Disability Insurance benefits or for SSI benefits, it is helpful to speak with an experienced Boston disability attorney as early in process as possible, so you know the best way to present your claim to SSA.

As part of his opinion, her doctor said that there was no limit on the amount to time she could stand, but he said she could not walk or stand longer than four hours without a break.  He also said she does not have the ability to complete a standard workday at a typical job, including the job at which she was employed.   He also said she would likely miss at least three days per month from work due to her various health conditions.   This is an obvious limitation that a lot of employers would not be pleased with in a new employee.

When she applied, SSA decided she should have an exam by a doctor of their selection.  This doctor performed an evaluation and determined that claimant had limited range of motion and her grip in her left hand was not normal, as well, though he said she did have normal range of motion in the rest of her body.  Two other doctors who work for the government reviewed the records from this examination, and they agreed she could perform light work.   The reason for her pain and medical conditions, according to claimant, is that she has an extra vertebrae in her back.  There was also testimony that she smokes at least a pack of cigarettes a day, but doctors had told her to stop due to her lung condition and for general health reasons.

During her hearing before an administrative law judge (ALJ) she testified that she could not walk far without stopping, but was able to carry a roughly 20-pound bag of groceries.  Unfortunately, the ALJ denied benefits, and, on her appeal, the court held that the denial was supported by sufficient evidence.