For all the hype of an over-inflated Social Security Disability Insurance program in the U.S., the number of those applying for benefits last year was actually lower than it had been at any time in the last three to five years. 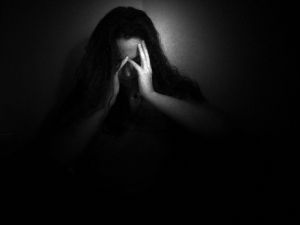 Our Boston SSDI attorneys know that while some are pointing to this as a sign of economic improvement, it may actually be a sign of widespread discouragement among new applicants.

Consider that while about 50 percent of SSDI applications were approved in 1998, only about 33 percent were approved last year. Part of that could be attributed to the extensively backlogged system, as many applications from 2012 are still pending. But the fact is, it’s getting tougher to win.

According to the Social Security Administration, in 2012 some 2.8 people applied for SSDI benefits, with only about 980,000 being approved. This is the lowest its been since 2008 (for approvals) and 2009 (for applications).

This past year, the U.S. economy added about 1.8 million jobs, pushing the unemployment rate down by more than half a percentage point in that same time frame.

An improved economy might explain the decreased SSDI applications to a small extent. In 2011, the White House released findings from the White House Council of Economic Advisers indicating that Americans between the ages of 50 and 65 who lacked access to a savings of at least $5,000 were more likely to apply for SSDI when their unemployment benefits expired than those who did have access to a sizable savings.

However, what was overlooked in all this is the fact that those who have less of a savings may be more likely to have fewer specialized skills that would allow them to continue working in the event of a disability.

For example, an engineer who suffers a severe physically disabling condition may have an easier time finding and continuing to work – and have a bigger savings account – than someone whose full-time work was in manufacturing.

To be sure, the SSDI process can be an arduous one, made particularly difficult without the assistance of an experienced legal advocate. However, white-collar professionals should not consider the option closed to them.

The key to approval is showing that your condition has rendered you unable to do the work you did before and that you would not be able to adjust to other similar positions. So while physical disabilities may be relatively straightforward, someone whose job requires intense concentration, multi-tasking and organization could potentially claim disability for conditions relating to neurological or mental disorders.

However, these types of conditions tend to require a greater amount of detailed medical proof indicating inability to work. Our SSDI lawyers, having extensive experience in this realm, understand what the administration is looking for and can help bolster your chances of a successful claim.

And applicants shouldn’t necessarily be discouraged by a denial. As the numbers above show, most people who go through the process are denied on their first application. But the approval rating increases for those who take the time to appeal that decision.

Amazingly, most people don’t take this step. If you have already been denied and are considering your next step, an SSDI attorney can help you determine exactly why the claim was denied so that you are better-prepared for the review.