The Social Security Administration has proposed a change to terminology with regard to “mental retardation,” in line with Rosa’s Law, which was signed by President Barack Obama in 2010. It is named for a Maryland girl with Down’s syndrome. 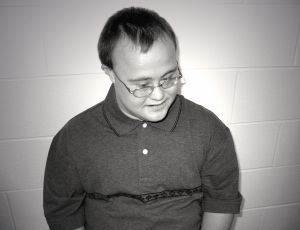 Our Boston Social Security Disability Insurance lawyers expect this will have little impact on those seeking benefits under Section 12.05 of the agency’s disability listings. In fact, the move is intended to create distance from the negative connotations of the term with improved sensitivity in mind.

In a proposed rule issued late last month, the agency noted its intention to replace the term “mental retardation” with the term “intellectual disability” in its listing of impairments in evaluating claims involving mental disorders in both children and adults.

The qualifications used to measure this disability would remain the same. That is, the person must display a significantly lower general intellectual functioning prior to age 22. Under this listing, there are four potential measurements.

The first is whether the person has a dependency upon others for basic personal needs such as using the bathroom, eating, bathing or dressing and has an inability to follow directions to the point that taking a standardized test is not an option.

The second is whether that person has a valid Intellectual Quotient (IQ) of 59 or less.

The third is whether the individual has an IQ score of between 60 and 70, as well as some other physical or mental impairment that would create a significant limitation to work function.

And the fourth is whether the individual has an IQ score of between 60 and 70 that results in any of the following: significant restrictions in everyday living activities, difficulties in maintaining social functions, difficulties in concentration, pace or persistence or repeated episodes of decompensation.

The terminology change was prompted not only by Rosa’s Law, but by increasing pressure from advocacy groups, such as The Arc, whose CEO was quoted by media as saying that such a move is a critical step in the promotion and protection of basic human and civil rights.

A similar rule was proposed back in 2010, but it was ultimately sidelined. Other agencies have already adopted the new terminology, including the Centers for Disease Control and Prevention. The new terminology won’t be officially used by the SSA any sooner than Feb. 27, as the agency must allow at least a month of public comments before it can be formally adopted.

For many people with this type of disability, SSDI benefits are a lifeline that allows them to sustain their basic needs. Many cannot navigate the process on their own, so advocates and caretakers for these individuals should not hesitate to reach out to a disability insurance attorney who is experienced in working to secure and maintain these critical benefits.