There are over 11 million Americans on Social Security disability benefits programs in the U.S. at any given time.  For these people, this small amount of money they are given each month often means the difference between making ends meet and being in abject poverty. 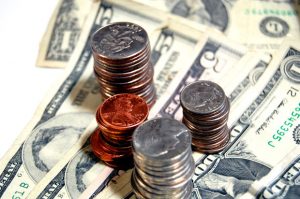 Contrary to what some politicians like to claim when making stump speeches on the campaign trail, the vast majority of people receiving disability benefits are legitimately disabled and have been through a long and difficult process to qualify for their SSDI benefits. This is not to say that disability benefits fraud doesn’t exist, but the reality is that it occurs very rarely and accounts for a tiny fraction of the program’s budget.  It is just that this has become a convenient target for those who wish to gut the program.As it turns out, President Donald J. Trump, with the help of the Heritage Foundation, is someone who wants to slash the Social Security Disability Insurance (SSDI) benefits program, the Supplemental Security Income (SSI) benefits program and quite possibly even the Old Age and Retirement program. This conclusion is based on his recent tweets and comments.

To defend the impending war on disability benefits, the White House budget director, Mick Mulvaney, has said that Social Security disability is “very wasteful” along with most other social welfare and benefits programs in the U.S. according to the Washington Post.  He has even gone so far as to imply the president is reconsidering his pledge not to cut the Medicare program in a future version of his budget.  Again, claiming that this is just a “blue print” for the eventual final budget.

The main crux of his complaints about the Social Security disability programs is they allegedly grew tremendously under the Obama administration.  A recent article from the Washington Post takes a look at the truth behind these statements.  Prior to Barack Obama becoming president, there were around 9.3 million people collecting Social Security disability benefits. By 2013, there were nearly 11 million beneficiaries, and by 2015 that number had dropped to around 10.6 million.  This means that the number of enrollees raised somewhat during the beginning of the Obama administration and then fell again.  However, as noted in the article, this number of higher beneficiaries corresponds with the Great Recession and fell as the economy improved.

In other words, the number shifted up and down with the economy yet remained proportional.  These claims that anyone could get disability benefits under the Obama administration are simply not true.  As our Boston disability benefits attorneys can explain, the system is set up so the decks are very much stacked against the claimant.  This is especially true in the case of a claimant who is not represented by an attorney.  For this reason, the best thing you can do if you were denied disability benefits is to contact an experienced disability attorney as early in the process as possible to see if you have a valid claim.  It is often much easier to get things right in the first place than trying to go back and fix problems after they have occurred.