It is often hard enough to get Social Security Disability Insurance (SSDI) benefits in the first place. After Social Security Administration (SSA) finally awards you benefits, the benefits should continue for years to come. However, it is easy to understand why SSA would terminate benefits when they have information a claimant is no longer living, but one would hope they would verify this information before terminating benefits. 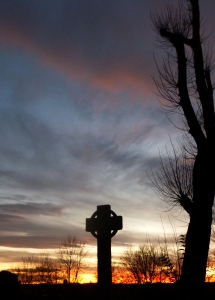 According to a recent news article from KITV, one disability claimant in Hawaii who was very much alive, was told her benefits were terminated because she had died. While one might assume this would be an easy problem to correct, much like other procedures involving SSA, this turned out to be fairly complicated.

Apparently, claimant’s name was accidentally added to the SSA’s Death Master File, and her benefits were discontinued. The inspector general for the agency estimates around 1,000 disability benefits claimants are mistakenly added to the Death Master File each month. Claimant found out she had been cut off when she could not access the checking account set up to receive her SSDI benefits, and she could not pay her bills. She immediately called to find out what happened, and an agency representative simply stated, “I’m sorry, we’re showing that you are dead.”

She then received a letter addressed to her estate. As our Boston disability benefits attorneys can explain, once a person has died, the property transfers to his or her estate as a matter of law, and remains there in legal title until the probate process is complete.

The letter told her they were informed claimant had died, and if there was a mistake, to contact SSA. SSA was allegedly not much help in correcting what should have been an obvious error. She reports going to her local SSA office more than 24 times to get her name removed from the Death Master File, but had no success.

Unfortunately, all of this occurred after she finally managed to get SSDI benefits, which is often not an easy task.

As a condition of receiving SSDI benefits, she was required to see her doctor once a month for a physical, and she brought a letter from her doctor with her latest physical results proving she was alive, since her presence in the SSA office was apparently not good enough.

She had broken down in tears multiple times at the SSA office, but it was still not being resolved. Despite her being reported as dead, she was able to obtain a reverse mortgage to pay off some of her bills. She then called her senator, who knows her personally, and the senator agreed to help.

After her senator got involved, her benefits were restored in less than three weeks, along with payment for retroactive benefits she should have been paid during her fight to get her status changed back to living. While SSA agreed to reinstate her benefits, there was never an acceptance of responsibility, apology, or even an explanation given for how she ended up on SSA’s Death Master File.