A recent news feature from CNBC looks at some interesting statistics pertaining to the Social Security Disability Insurance (SSDI) application process and also offers some helpful tips for getting your application approved faster. 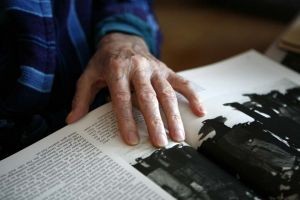 One of the first things to understand is just how difficult it is get approved for Social Security Disability Insurance benefits, especially if you do not have an experienced attorney representing you during the application process and appeal, which is often necessary.  As it turns out, between 2004 and 2013, slightly more than a third of all claims were approved by the United States Social Security Administration (SSA).  To put it another way, 64 percent of all claims were denied.

When we constantly hear political candidates in the debates talking about the fraud in the Social Security Disability Insurance (SSDI) system, with people getting benefits they don’t deserve, these attacks do not seem to make sense when we look at the actual numbers.

The way the Social Security disability application process works is that a claimant must first file an application along with all supporting documentation.  The vast majority of these applications are denied without any regard to the merits of the claimant’s assertions. At this point, the claimant can file a written appeal. Boston Social Security disability lawyers know this as a peer review process.  The reason for this is a coworker of the employee who initially denied the applicant will review the denial. This is not a supervisor, and more likely the person in the next cubicle over from the claims handler who denied the initial application.

It is extremely rare for an application that has initially been denied to get approved at this stage in the process.  According to the actual numbers, only 2 percent of all applications are approved at this stage in the game.  The next step in the appeals process is demand for a hearing before an administrative law judge (ALJ). Most applicants will have to undergo a hearing before an ALJ if they are to be awarded benefits.  Of all applicants, 11 percent are awarded benefits at the appeal hearing stage in the game.

If applicant is again denied benefits during a hearing before an ALJ, the next step would to be to appeal to the United States District Court for the District of Massachusetts.  If the district court did not approve the claimant’s application and instead affirmed the ALJ’s ruling, the next phase in the process would be an appeal to the United States Court of Appeals for the First Circuit.  This court will review the facts De Novo, meaning it will take into account the facts of the case and see if the lower court correctly applied them when fashioning a decision and making a determine as to disability.

During the ALJ hearing, the SSA will often have doctors it hired to testify about the claimant’s residual functioning capacity.  The SSA will also likely have a so-called vocational expert (VE) form and express an opinion as to why claimant can go back to working full time.