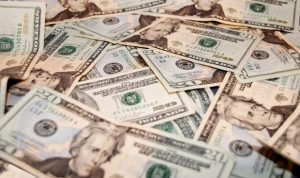 That last category is known as Social Security Disability Insurance, or SSDI. A recent annual report from the SSA – all 272 pages of it – highlights some of the issues the program is facing. Specifically, it takes a look at solvency.

First, it’s important to understand that the Social Security Trust Fund, which is fueled by payroll taxes on wage, is not being totally depleted of money.

The 2016 Social Security Trustees’ Report reveals that the trust funds have reserves of some $2.8 trillion. It is true that benefits are likely to cost more than payroll taxes collected, we need to note that the combined incoming funds from payroll taxes and the interest earned on the reserves is anticipated to increase through 2019 and actually exceed the costs of the program. So to put that another way, the trust fund that bankrolls the SSDI program is actually growing and is projected to keep doing so for another three years.

Historically, the issue of Social Security has been something of a “back burner” issue. However, that is changing, and there have been numerous calls – including by President Barack Obama – to make the payments more generous.

However, once we get to 2019, we may start to see some issues. At that time, the annual deficit is going to grow significantly as the population starts getting older. By 2034, it’s believed the trust is going to be gone completely.

This is disconcerting, to be sure. However, it’s important to note that even if those reserves were to be gone completely, Social Security benefits would still be three-quarters funded by the incoming payroll taxes coming in. To be clear: It’s still a problem. A 25 percent cut in Social Security Disability Insurance (SSDI) benefits by 2034 is substantial, as those benefits are already no windfall as it is.

There are a few different thoughts about how we prevent this from happening. One is that we reduce benefits while the other is to increase taxes. Some think we need to be working out some combination of both.

Already, new claims for benefits are being more carefully scrutinized than ever before, particularly as more Boston SSDI claims are being filed. As part of these solutions, some have proposed calculating slower cost of living increases, making it tougher to get benefits and increasing payroll taxes.

Another option being tossed out is to find funds from other sources. One proposal, for example, is to redirect money that the federal government is sending to other countries for foreign aid and putting it into the SSA programs.

The entire Social Security system is one that is extremely important to older adults. This cohort is far more likely to vote and be involved in the political arena, so it’s fair to say this is an issue that will garner a fair amount of attention in the coming years.

The important thing for prospective beneficiaries to understand is that it is still worth filing a claim. Consult with an experienced attorney to learn more about how we might be able to assist you.

The Truth About Social Security’s Solvency And You, June 24, 2016, By Chris Farrell, Next Avenue/ Forbes