According to a recent article from Everyday Health, there are many myths that mislead people, in terms of applying for Social Security Disability Insurance (SSDI) benefits and what will happen after being awarded disability benefits. 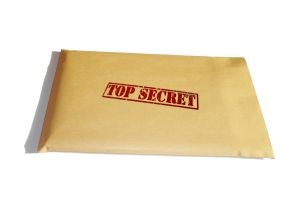 This first myth listed is that it is not worth applying because you will just be rejected anyway. While it is certainly true that a large number of claimants will have their applications denied initially, this does not mean you should not bother to apply. END_OF_DOCUMENT_TOKEN_TO_BE_REPLACED

Brown-Hunter v. Colvin, an appeal from the United States Court of Appeals for the Ninth Circuit, involved an interesting issue about what an administrative law judge (ALJ) is and is not allowed to do with respect to denying Social Security Disability Insurance (SSDI) and Supplemental Security Income (SSI) benefits.

An ALJ is supposed to an independent hearing officer, but, in reality, they work for the Social Security Administration (SSA), hold hearings at an SSA hearings and adjudication office, and maintain a working office at the same site. For this reason, it should come as no surprise that ALJs will often side with SSA in denying benefits to a claimant, even if that claimant is suffering from a truly debilitating condition or set of conditions. END_OF_DOCUMENT_TOKEN_TO_BE_REPLACED

Same-sex marriage has been recognized in the Commonwealth of Massachusetts since 2004, when the Massachusetts Supreme Judicial Court (SJC) issued its opinion on the landmark case of Goodridge v. Department of Public Health. While this was a great stride forward for same-sex couples, it did not mean that they could file joint federal tax returns or claim other federal benefits as a married couple since the Defense of Marriage Act allowed the federal government and other states to not recognize same-sex marriages, even if they were entered into in a state in which same-same sex marriage was legal.

In other words, it was a law that overturned the full faith and credit clause of the constitution with respect to same-sex couples and their marriages. It was not until the United States Supreme Court released its opinion in Obergefell v. Hodges, that the Defense of Marriage Act, was struck down as unconstitutional for a variety of reasons, including the Full Faith and Credit Clause, as well as reasons involving equal protection for all Americans. END_OF_DOCUMENT_TOKEN_TO_BE_REPLACED

According to a recent news story from ABC News, miscalculation of Social Security Disability Insurance (SSDI) is a major problem that affects more disabled Americans than one might think.   One woman interviewed for the news article failed to get the correct amount of Social Security disability benefits for over 14 years. 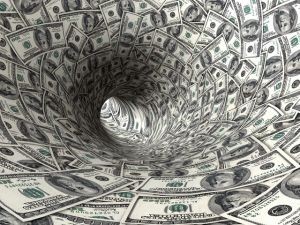 Claimant is a 65-year-old woman who is severely disabled and can barely stand up without assistance. She became disabled following a forklift accident that occurred in 1995. To make matters even more difficult, her husband died from cancer a few years after her accident. Since the death of husband, she was having difficulty paying her bills, buying food, and otherwise making ends meet. She needed help, but did no know what do about it in her condition.   END_OF_DOCUMENT_TOKEN_TO_BE_REPLACED

Those who watch the Discovery Chanel or National Geographic on a regular basis know that fishing reality shows have become very popular. First, there was the Deadliest Catch, which started the craze for these types of shows, and, since then, there have been numerous other similar shows about sword fishing, lobster fishing, and, of course, tuna fishing. 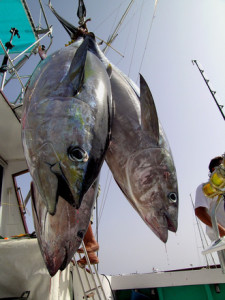 Wicked Tuna, a popular reality show filmed largely off the Coast of Gloucester, Massachusetts, in which boat crews compete with each other to see who can catch more tuna during season recently had one of its fisherman making headlines; but, unfortunately, the reason was not related to tuna fishing. According to a recent news article from the Star Tribune, Paul Herbert, Wicked Tuna fisherman from Gloucester allegedly accepted more than $40,000 in Social Security disability Insurance (SSDI) benefits at the same time he was televised hauling in fish that weigh hundreds of pounds using a huge deep sea fishing rod. END_OF_DOCUMENT_TOKEN_TO_BE_REPLACED

Claimant has never been employed and only completed school through ninth grade. She never obtained a GED and never learned to drive a car nor obtained a license to drive. When she applied for Supplemental Security Income (SSI) benefits, the United States Social Security Administration (SSA) required her to undergo a series of cognitive and behavioral tests performed by a Ph.D. of their choosing. END_OF_DOCUMENT_TOKEN_TO_BE_REPLACED