For much of last year, we have been hearing about how the Social Security disability fund would run out of money by late in 2016.  This budget shortfall would result in a roughly 19 percent cut across the board in paid benefits. In other words, every one of the 11 million Americans who are collecting Social Security Disability Insurance (SSDI) benefits and Supplemental Security Income (SSI) would have their monthly benefit slashed by nearly a fifth, which would cause a terrible hardship. In many cases, recipients would no longer be able to take care of themselves and their families.

In the run-up to the GOP presidential primary, many previous candidates vowed never to allocate additional funding to Social Security Disability Insurance without a major overhaul. But as it turns out, forcing some 11 million people to go hungry isn’t good for one’s political career. Several agreed to a last-minute deal that would fund the program. 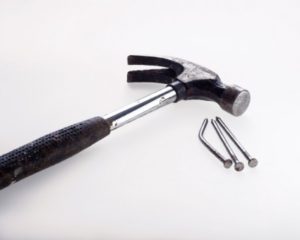 While this did avert the Social Security disability budgetary cliff for the time being, it did not require any major overhauls to the program.  As it now stands, the program has funding to last until the year 2022 – six years from now.

With that in mind, many do not want to simply wait five more years and discuss how the program will run out of money by the end of next year, which is not only what happened last year, but was what happened multiple times throughout the program’s more than six decades of operation.

A recent opinion peace from The Hill takes the position that it is time to change things now so we don’t run into the same problems in the very near future. While many would agree with this, there is much disagreement over what it means to fix the program and how that might be accomplished.

Unfortunately, many believe that the best way to save money and make the program more efficient is to fight fraud and stop people who are not truly disabled from collecting benefits.  While there have been some high profile cases recently involving fraud committed upon the United States Social Security Administration (SSA), the reality of the situation is that fraud is not a commonplace thing, since it is so difficult to obtain Social Security Disability Insurance benefits in the first place, even when the claimant suffers from a clear disability.  As our Boston disability lawyers see each and every day, the vast majority of those fighting for Social Security disability benefits are truly disabled and need these benefits to make ends meet.

Fighting fraud is necessary, but it’s not an effective end to funding woes. That’s because there isn’t enough fraud occurring to make it a serious financial issue for the program.

A better idea is to test new systems and ways to make the system more efficient now rather than waiting until we are once again in crisis mode. There is also a need for further studies to see what can actually be done to make the program more efficient.   While the agency has for years tried to deny benefits so they can pay out less, it would be interesting to see how much it costs to require a hearing in virtually every case.

It’s time for action on Social Security disability insurance, May 6, 2016, The Hill, By Jim McCrery and Earl Pomeroy