One of the reasons politicians have been fretting over the future of programs like Social Security Disability Insurance is that the large baby boomer generation is increasingly seeking access to them. 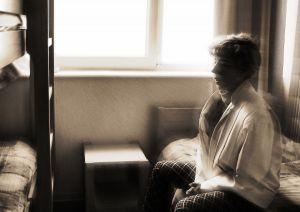 This was expected, though admittedly, it’s not something for which legislators and government agencies have been well-prepared. So now, rather than expanding access to the offices that provide these services, we are actually seeing a significant reduction.

SSDI lawyers in Massachusetts understand that this has translated in the closure and threatened closure of Social Security Administration offices nationwide. The agency is seeking a shift from in-person contact to electronic communication in order to save money.

The problem for those suffering from disabling conditions is that this type of change doesn’t make the bureaucratic process any easier. Additionally, with fewer staff to process claims and increased budgetary pressures, we can expect claims to take longer and garner a lesser approval rate.

This makes having an experienced SSDI lawyer that much more important to success.

A hearing held before the Aging Committee revealed that since 2010, the Social Security Administration has closed 64 field offices. That is the most closures in a five-year time span that the agency has experienced in its history.

Meanwhile, in the 1,245 offices that remain open for business, hours of operation have been significantly slashed. Along with that came the reduction of some 11,000 jobs within the agency.

That translates to disabled individuals increasingly facing longer wait times not only for answers to simple questions, but also for decisions on approval or disapproval – which can determine their subsequent course of action.

As Sen. Bill Nelson, D-Fla., chairman of the committee, was quoted as saying, the administration has failed to conduct research into how these closures affect the overall community – especially the most vulnerable population.

The administration indicates roughly 11 million people receive SSDI benefits, which is nearly a 40 percent increase from what we saw 10 years ago. The two greatest factors in this increase have been: an aging population, which is more likely to incur debilitating injuries, and a failure to improve or maintain workplace safety.

There is hope, however, that additional future cuts to services won’t be necessary. Following two years of reductions, the agency recently received a $12 billion increase in funding.

A supervisor within the agency has said that over the course of 10 years, a single office closure can save the agency $4 million. She indicates she could “hire a lot of employees” with that kind of cash. But fewer offices means less opportunity, despite the increase in demand.

While those positions could be geared toward online support, it’s worth noting that older Americans especially may not have access to the Internet or be comfortable using it to apply for benefits.

We understand the agency’s constant evolution, and we are here to help guide you through these changes.