The payout of Social Security Disability Insurance (SSDI) benefits have become a highly politicized issue in recent years. There has been a growing (albeit erroneous) consensus among some politicians that SSDI benefits are far too easy to obtain and too many people are avoiding viable work options because it’s “easier to stay home and collect a check.” 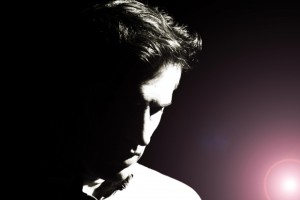 One need only look at the rigorous eligibility requirements and application process to see why that’s not true. But if you’re looking for more evidence, turn your eye to the latest research by the Center on Budget and Policy Priorities. The study authors looked at the various programs over the last 25 years imposed by Congress to push SSDI recipients to return to work.

These include the “Ticket to Work” program in 1999 that provided vocational rehabilitation for recipients to the most recent Benefit Offset National Demonstration (BOND) program that reduces a person’s disability benefits by $1 for every $2 they earn (making benefits $0 when they reach Substantial Gainful Employment Activity – SGA). Unsurprisingly, none of these efforts have had much impact on the government’s bottom line or the number of recipients.

Why? Because despite the rhetoric that the SSDI program is too expensive and has become bogged down with waste and corruption, the reality is people who are receiving SSDI have very limited work capacities. That is: They are not committing fraud. They are not taking more than their fair share. They are not able to work and simply refusing to do so. They are disabled – and they had to go through a rigorous vetting process to prove it. Even those who may have limited work capacity aren’t likely to return to a situation where they can do so in a way that will allow them to be self-supporting in the long-term.

This is something to keep in mind as we steel ourselves for the results of the BOND pilot program. So far, researchers say the project has had a very marginal effect on recipient earnings or on the amount of benefits paid out.

Of course, looking for solutions to budget shortfalls that threaten to reduce disability benefits by 19 percent for some 11 million Americans absent Congressional intervention is a worthwhile cause. The SSDI trust fund is being depleted and there needs to be a solution. However, characterizations of this kind of program as an “entitlement” insinuates recipients are acting like petulant, lazy children. That’s why many politicians have demanded reform along with any “bailout” they might offer.

But this thinking ignores the fact that the overwhelming majority of beneficiaries are not faking this. In fact, the Government Accountability Office has time and again underscored the fact that SSDI fraud is not an issue that even needs to be on our radar because it happens so rarely. (Unfortunately, it’s covered heavily by the media when it does, which makes it seem as if it’s a much larger problem than it is.)

A final deal reached in October of 2015 secured SSDI benefits through 2022, but there are no guarantees beyond that.

And in the meantime, the CBPP asserted that any new savings programs are likely to show only limited results. If we truly want to address this issue, that’s going to mean either drastically cutting benefits for many people who desperately need them, or else finding a more sustainable way to fund the benefits.

A Cautionary Tale About the Latest Effort to Cut Disability Insurance Benefits, Feb. 14, 2016, By Eric Pianin, The Fiscal Times