Voigt v. Colvin, a case from the United States Court of Appeals for the Seventh Circuit, involves claimant who applied for Social Security Disability Insurance (SSDI) benefits, only to have the Social Security Administration (SSA) denied his application. 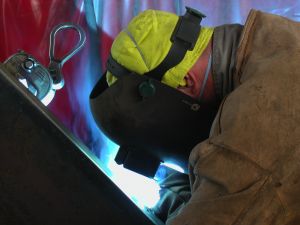 When he first applied for benefits, SSA denied his application. After a series of appeals, he was able to have a hearing before an administrative law judge (ALJ). ALJ determined claimant was capable of working at lower paying unskilled jobs, so he was therefore not disabled within SSA guidelines. Claimant tried to take PAXIL to help with his mental health issues from 2001 to 2008, but he stopped taking the drug, because he was having a problem with adverse side effects.

In the fall of 2009, claimant went to a crisis help center to deal with his mental health issues. According to his intake records, his answers were all over the place. He wanted to own his own restaurant and also thought he belonged in prison where he could get the help he needed.

Over the following years, he saw various mental health professionals and was given a prescription for Cymbalta. He improved on this medication without the troubling side effects. However, he was far from being mentally healthy. He applied for Social Security Disability Insurance benefits, and his application was again denied. He had another hearing before an ALJ, who also found claimant not to be disabled.

As our Boston disability attorneys can explain, a doctor hired by SSA generally sides with a finding claimant is not disabled. While the doctor does not work for SSA and is supposed to provide an independent medical evaluation, these doctors are being paid by SSA and, if they want more work in the future, generally favor a denial of benefits. In this it was rather out of the ordinary to find a disability.

A psychologist examined claimant and said he had several psychological issues. However, ALJ found if doctor was correct, claimant would have already been hospitalized for mental illness, and, as the court of appeals noted, went far outside the record in the case and denied benefits.

During the appeal, judges took issue at how ALJ made findings after the hearing and did not properly and logically explain opinions expressed in the denial of benefits order. The court ultimately reversed and remanded the case so a new hearing could be heard, and ALJ could support his or her opinions with actual evidence presented in the case instead of relying on outside information.

Call our Boston SSDI benefits attorneys for a free and confidential appointment at (617) 777-7777.